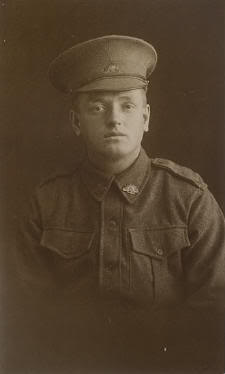 [...] five Russians enlisted in the Middlesex Regiment, mostly as interpreters, and served with the North Russian Relief Force: Alex Alexandroff, from Vladivostok (a former cook), Robert Meerin and Anthony Minkshlin, from the Baltic region (both former seamen), Ivan Odliff, from Nizhny Novgorod (a former boiler-maker), and Paul Smirnoff, a 19-year-old former miner from Vologda, northern Russia. Richard Gregorenko planned to join them but later changed his mind and returned to Australia. They arrived in Archangel in summer 1919 and fought against the pro-Bolshevik forces in the area until the final evacuation of Allied forces a year later. Minkshlin was awarded a Meritorious Service Medal for this campaign.