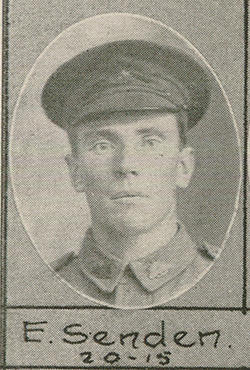 Edward Sendon, his grandson told me 'was a Latvian, but he was actually a Scotchman before that, like his father was Scotch, and his father owned a shipping company. He went a first mate, jumped ship here in Australia. He could still talk Latvian when he was here.'